Mornings in San Francisco can be absolutely redemptive. After our cold, uncomfortable, obstacle-heavy evening, the following morning offered a warm and charming combination of Irish coffee and good company. We set off by 7 AM, a trend that would continue throughout our vacation. It was a hasty departure: repack, hail cab, $60 to Advantage, pack white Nissan Sentra, sign off on insurance (or not), roundabout, reenter crowded three-line highway sluggish with San Francisco morning commuters.

Despite our 12:30 PM bike tour through Napa Valley, we had decided earlier that it was essential to breakfast at the Buena Vista Cafe, noted for its exceptional views of the bay and, more famously, its strong and steamy Irish coffee. The Buena Vista is credited for introducing Irish coffee to the United States back in the early 1950s – and thank God for that. Irish coffee at the Buena Vista is a nonpareil as far as the beverage goes, and in drinking it, you run the risk of spoiling your palate forever. Pair it with a juicy spinach omelet and sourdough toast – crispy on the surface, doughy at the center – or fluffy French toast for a filling meal. Stepping into the cafe from the sidewalk and the cool, briny bay air feels a bit like coming home – if home is Grandma’s toasty, Irish country kitchen. 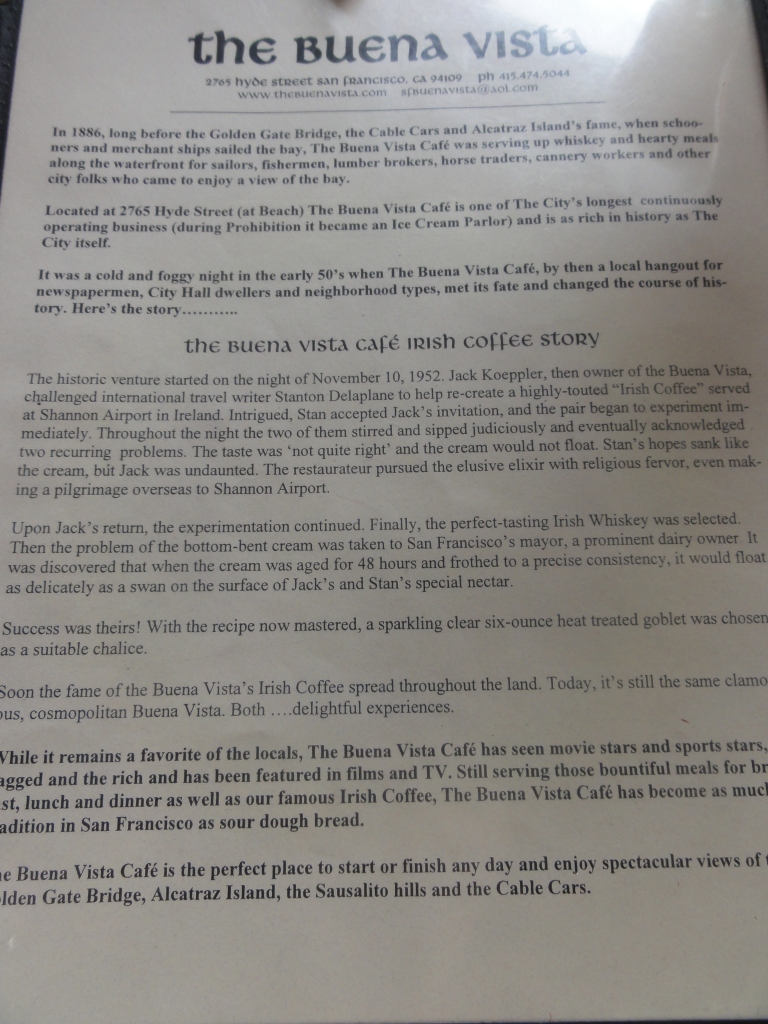 What’s equally unique about the Buena Vista is its seating arrangement: often understandably crowded with tourists and Tullamore Dew aficionados, tables can be hard to come by, so patrons are encouraged to join a table. It’s a strange concept, sitting down with an older couple or a family of four who are already mid-meal, but it provides something of a social adrenaline rush. It’s certainly one way to meet people.

Shar and I found ourselves at a round table by the window overlooking the bay and strings of bicyclists. To our left, a veteran bartender poured coffees automatically, chuckling over conversation with the locals while barely acknowledging the drink process that he probably mimes in his sleep: sugar cubes, coffee, Tullamore Dew, cream. I couldn’t decide whether to absorb the view or watch this man concoct coffees by the dozen, a one-man assembly line.

We were joined by an older Canadian couple who had been traveling down the west coast together. Over breakfast, we learned that they had three children, had a shared soft spot for old buildings, and enjoyed hockey. It was an easy conversation and an equally easy breakfast: plates were served within ten minutes of ordering, and we were out in time to hit the road to Napa. 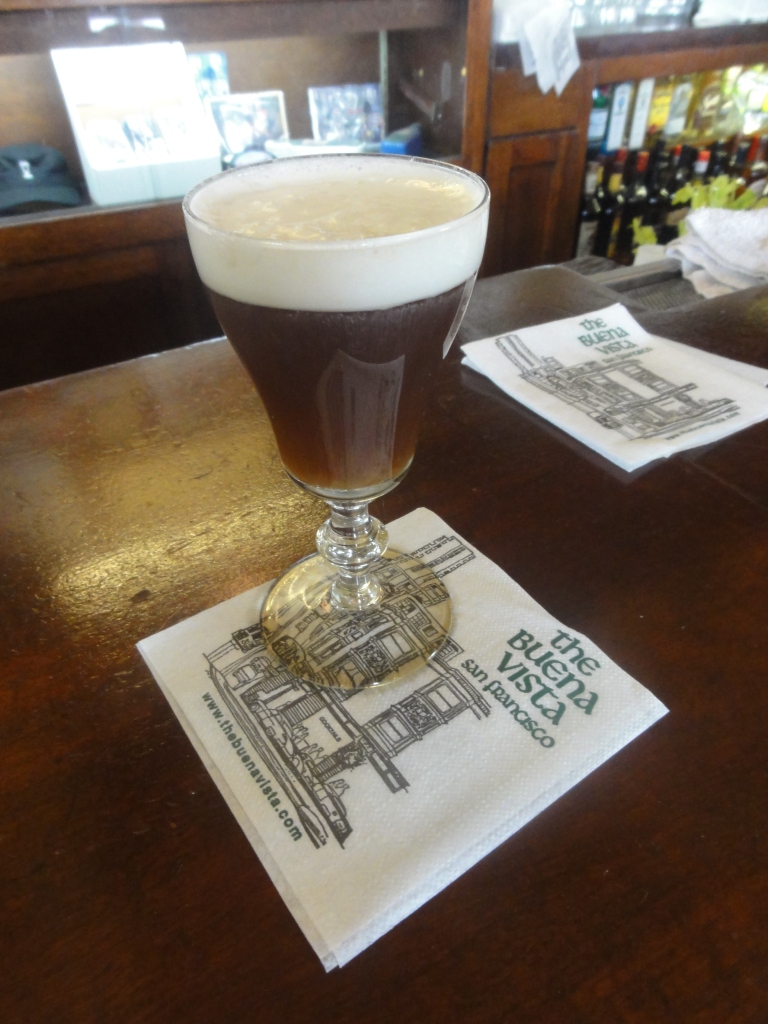 Coffee with a kick and a cream collar

Napa Valley is a good hour and a half outside of San Francisco, but the journey can be prolonged by the plethora of detours that spring up from San Fran’s busy streets and the serpentine lines of halted traffic they produce. What’s worse is the frequency of one way streets; 101 can be a quick minute or two to the right, but alas, you are only permitted to turn left.

With a bit of luck – and pedal-pushing – we pulled into the lot at Napa Valley and, quite literally, hopped out of the car and onto bicycles to join the tour that was about to leave. 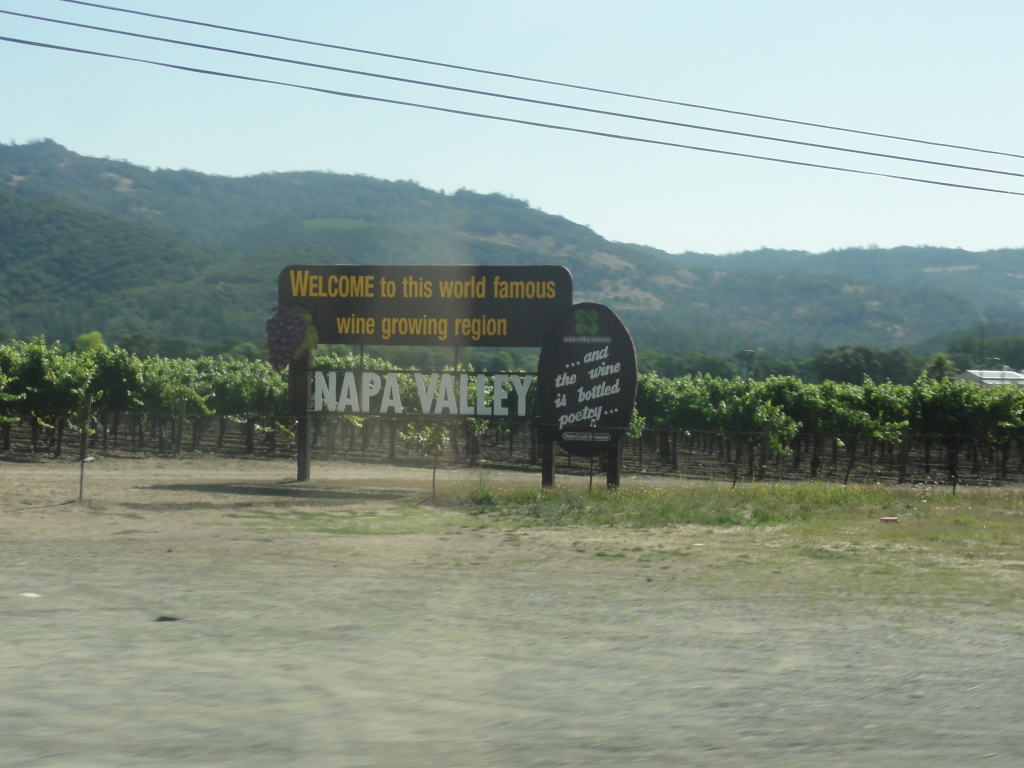 Shar and I are far from being sommeliers; my own knowledge of wine is limited to distinguishing red from white. I enjoy a good port wine with dessert, and happily swam in Malbec when in Argentina. But when it comes to a night out at the bar, I don’t order it, and I wonder if I could truly taste the difference between a house wine and something high end.

Two wineries were on the agenda for the ten-mile bike tour, and both offered ambrosial reds and crisp whites that we tasted with pleasant surprise. It was a humorous juxtaposition: Shar and I casually sniffed the wine and sipped it while our more schooled tour-mates swirled the wine briskly around the glass, breezily inhaled, and sipped. These wine connoisseurs flippantly dipped into their wine lexicons often, commenting on the tart fruity aroma and the remarkably mahogany aftertaste – or was it oak? In which types of barrels was the wine fermented? Were they French or American? Were they new or aged? A sophisticated sommelier would deftly respond by detailing information about the grape variety, the growth, soil textures, and barrel types.

When it came to wines, Shar and I found our vocabulary much more restricted.

“You can definitely taste the difference between this and boxed wine,” Shar would knowledgeably add.

We both decided not to write these reactions in the notes section provided on our wine tasting form. 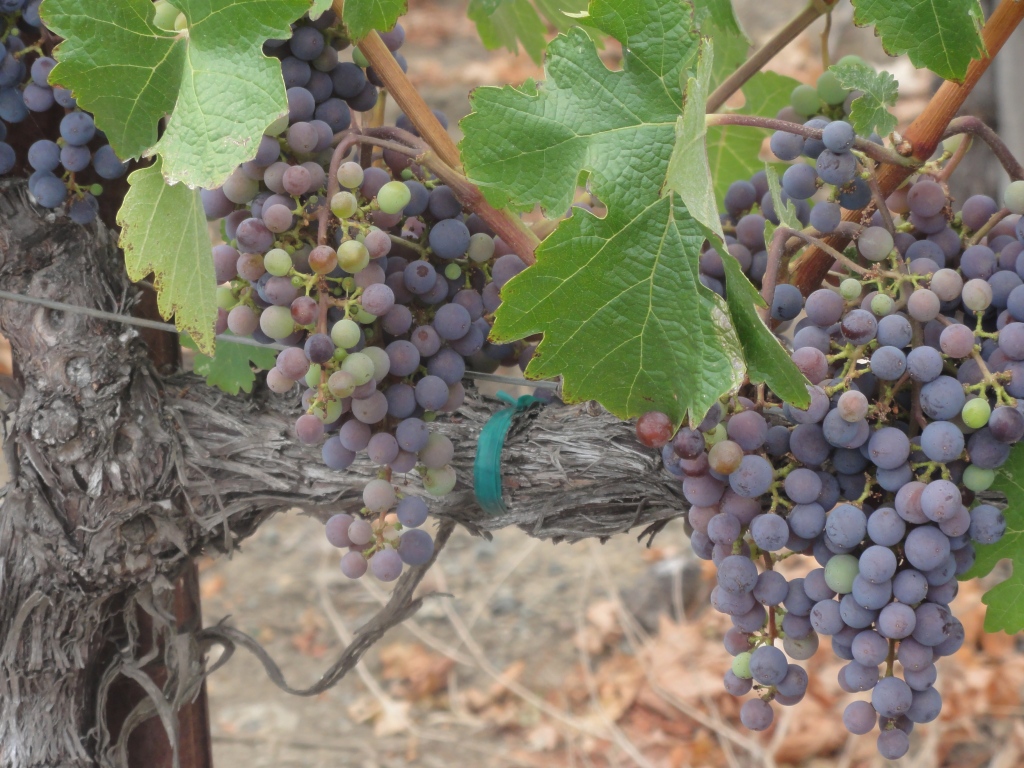 Overall, the bike tour was enjoyable, though it wasn’t exactly what we were expecting. Part of our intent for the California adventure was to remove ourselves from cities and, for the most part, civilization. When signing up for the Napa Valley bike tour, we envisioned ourselves pedaling through verdant vineyards, occasionally brushing up against a blushing grape or dislodging a tire from a muddy rut.

Instead, much of the trip found us riding alongside sixteen-wheelers or behind them, inhaling fumes with each forward pedal. Vineyards unraveled in neat rows on either side of the road, but we were asked to remain in the shoulder for most of the trip. Still, it was a relaxing bike trip with few hills and a graciously cool breeze.

When we returned to our hotel – Best Western, splurge of the trip, opulent compared to every other lodging we would encounter – we indulged in Mexican food, zesty margaritas, and the comfort of four-star beds designed for giants.

It was a pleasantly tiring day, and one of the few restful afternoons/evenings we would have, as we quickly learned the following evening. 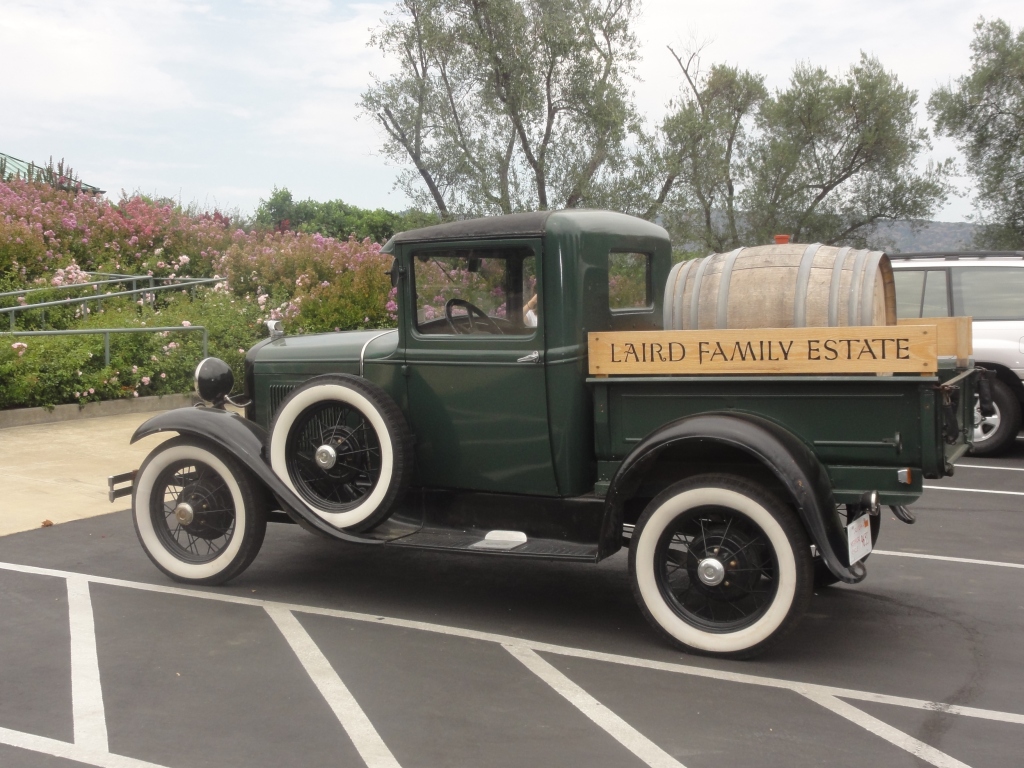 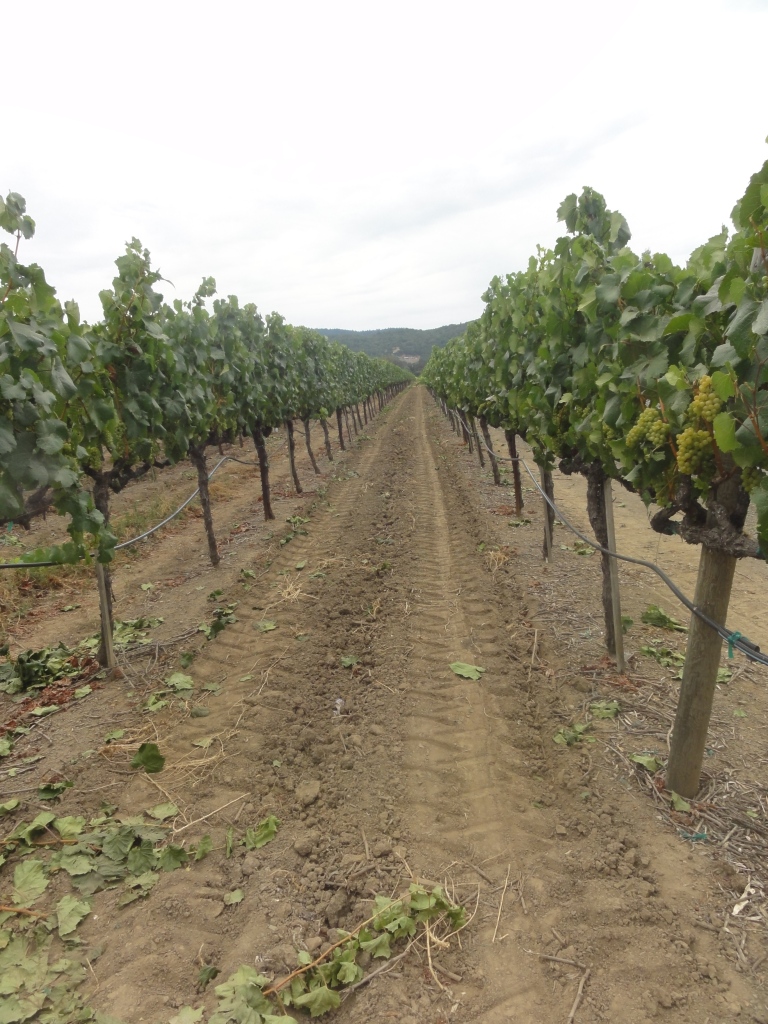 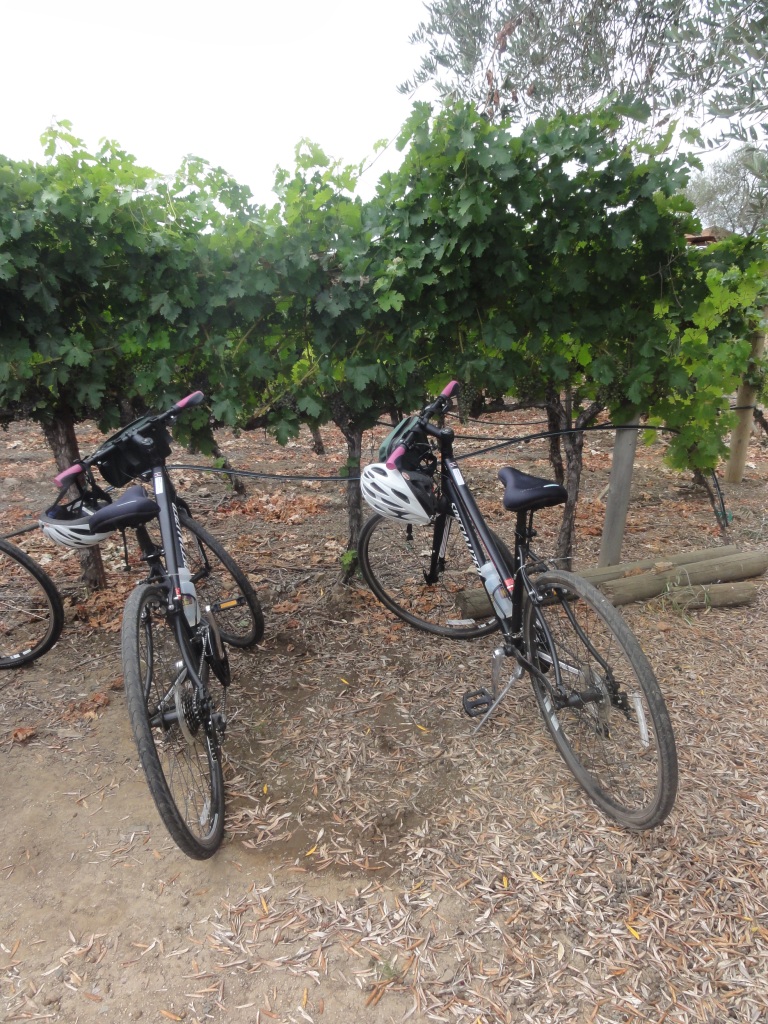