Historical museums and pubs aside, Ireland is a country laced with hiking trails not to be overlooked. From Simon’s cottage in Donegal, Slieve League was an accessible hiking route, though we failed to enjoy it on our first day since we’d slept most of the morning away, which made no difference in the rain.

On our second and last night in Donegal, Simon mentioned that he hadn’t hiked One Man’s Pass in ages and had hoped to do it on our visit. Intrigued, I told him I’d go along at 4:30 the next morning in order to be back by 8 and on the road by 9.

Waking up at 4:30 in Ireland in the summer is an easy task. The sun sets late and rises early, so the lethargic feeling of waking up before it’s light ceases to be a problem. I laced up my trusty hiking boots, zipped up a windbreaker, and set out after Simon to the base of the hill.

“Is there a set path that you know?” I asked him.

“Oh yeah, there’s an easy path up to the knife’s edge,” he explained with certainty.

Knowing Simon, I should have had my doubts. But I was too excited to clamber up a rocky knife edge hundreds of meters above the sea to care. No sooner had the terrain shifted from grassy to rocky did Simon express concern.

“Have you lost the path?” I asked.

So began our climb up the side of a mountain on no discernible path. Instead, we picked our way up slippery rocks and across the occasional mucky footpath. By the time we were in sight of the knife’s edge, my boots were caked in muck and I’d become an expert at climbing up rocks.

A better idea of what we did

“Now, this is the tricky bit. You have to jump onto the rock and then go up on all fours,” he explained, pointing to a steep, uphill bit of jagged rocks. On either side – a 200m drop. If I looked down, the blue bay seemed a dizzying ways down. Like Half Dome, I found the best solution was just to look up.

He hoisted me up onto the first rock, and then I pulled my way up using my arms, finding footing the best I could with my sturdy boots. (Have I mentioned I love those boots? Despite all the slagging off I got from my friends for wearing them out on the town, they are wonderful – and my ankles are grateful for their support.)

Once up, I turned and looked down so I could photograph Simon ascending. It was a whirling bit of vertigo at first, but once I wedged myself between to rocks to free my hands for photographs, it felt liberating. 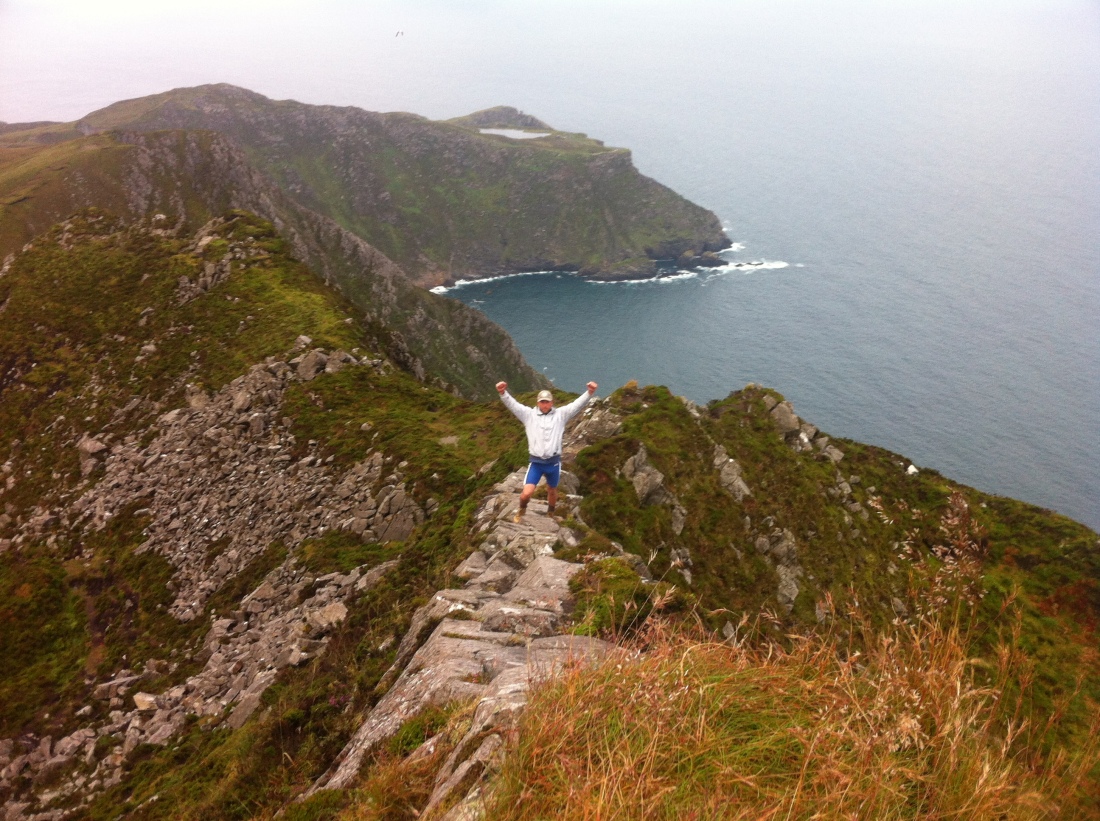 I did this on all fours. Simon sprung up at a sprightly pace

Simon swears that this is One Man’s Pass, although he did pass me on it, but a Google search reveals another more likely candidate, a very slim pathway across the top of one of the cliffs where it really does look impossible to pass someone. I will say that this climb was an adrenaline pumper, and if we’d had more time, I would’ve gladly summited and dared to walk the tightrope path along the cliff in the distance.

Hiking is always an adventure, and a rewarding one at that – the views I got of the bay and the cliffs from up high were uncontested. And having Simon, whose inappropriate comments take on a new context in isolation, kept things interesting. Seeing Ireland at six in the morning from a rocky clifftop is not something to miss if you’re a fan of hiking and don’t mind waking up at ungodly hours. 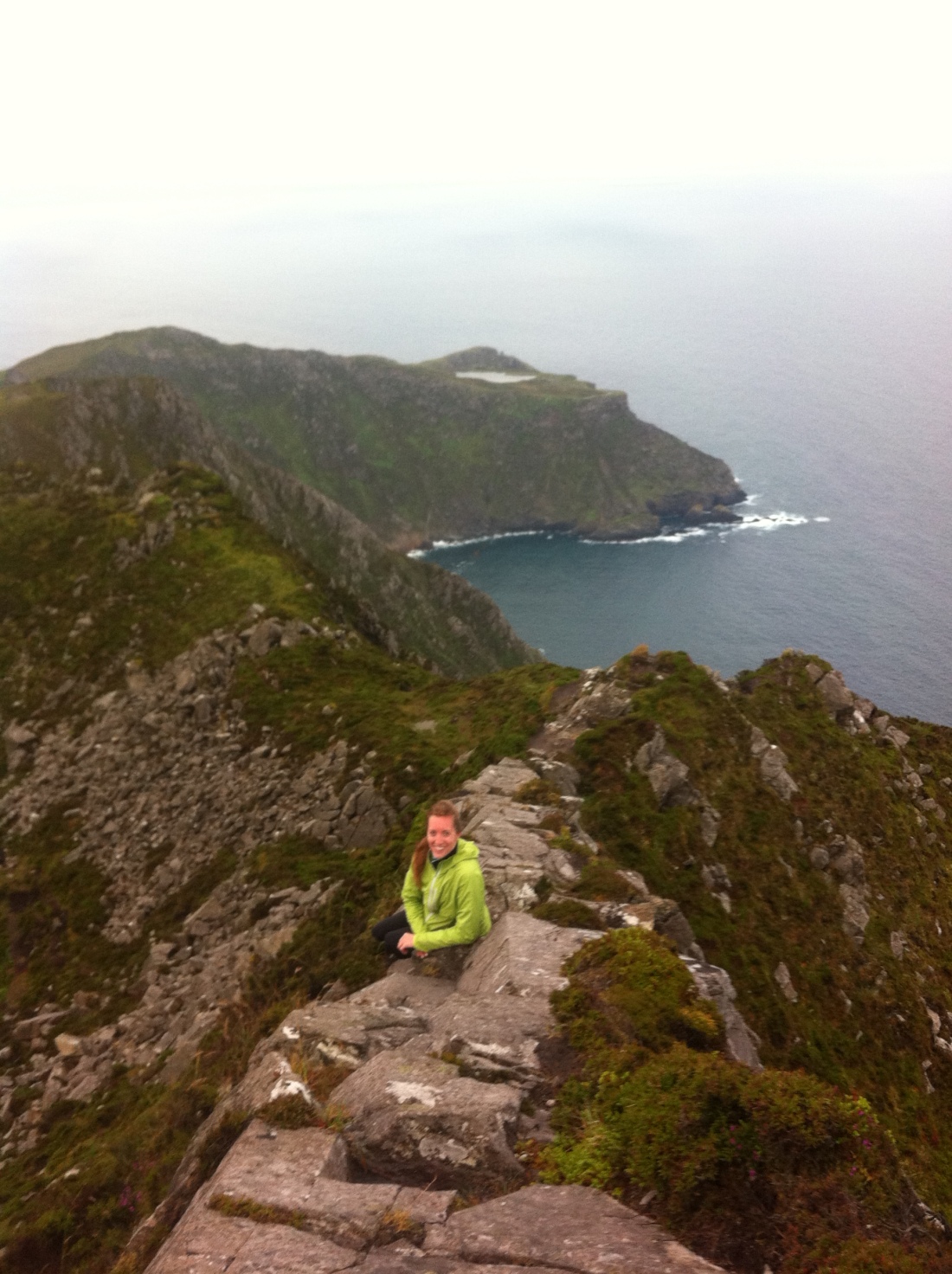 Just chillin’ on a rock