We woke up at 5am the next morning to make it to Antelope Canyon in time for our 6:15am tour. It had been suggested we arrive 30 minutes early, so we aimed to get to the parking lot at 5:45.

This was a little more difficult than we’d anticipated, given the fact that Lake Powell sits on the Utah-Arizona border and our campsite seemed to straddle a time zone line, causing clock chaos. For example, as the three of us parked the RV the night before, Kacey’s phone told her we were arriving at 7:30pm while mine claimed it was 8:30pm.

So we shouldn’t have been surprised when we arrived at Antelope Canyon at 5:45am to find a short line of cars at a closed gate.

The RV came in handy, as Kacey and I crawled into our beds and napped while Allison dozed in the front seat, watching for the gate to open. Even then, we had time to kill. It’s nice to be able to crawl back into bed when you mess up the time.

At 6:00am, we registered with the tour company, Dixie’s Lower Antelope Tours, along with a large crowd of other people. We’d read online that there were crowds, but that the tour company staggers them.

Our large cluster of people was broken down into several groups of 10, and we followed our guide, a woman named Teeter, into the canyon. She told us about erosion, nature, wind, water, and the colors of the canyon, but it was clear that most people who took the tour were after the Instagram photos.

“Everyone’s got a phone? So you set your camera filter to Vivid Warm,” she told us, demonstrating.

Allison in the canyon

This new filter changed our approach to canyons for the rest of the trip. Then we were led into the canyon, which was stunning, even with the crowds. Teeter knew all the angles for the photos and would often take our phones and position us accordingly. Deadpan and monotoned, she’d switch from canyon talk to casual chat with no verbal cues.

A girl in our group who was tattooed with surface piercings was walking behind me, and I heard this: “So, this next part of the canyon has some steep stairs, so be careful walking up. Did that hurt? It looks painful. It looks like it gets caught on your clothes.”

The canyon is beautiful, and I highly recommend seeing it. Afterwards, we headed back to our pretty campsite in Lake Powell and I grabbed my book and jetted off to Latitude 37, a bar/restaurant on the marina.

A little blue in the orange

It was scorching hot out. As I walked a mile to meet Allison and Kacey on the beach, I continuously wiped sweat out of my eyeballs while dodging scorpions. By the time I got there, I had no beach in me and hiked back up to the RV to shower and open the windows to get a wind tunnel.

Kacey and Allison weren’t far behind, and they came bearing a bottle of white wine. We made the most of our non-driving day, dining on fried brussels sprouts in the Powell Lounge before catching a golf cart back to Latitude 37.

It was an enjoyably chill night with lots of conversation under the stars, with a cool breeze blowing off the lake. Sadly, we did not sleep well that night, which maybe made what happened the next morning even more of an escapade.

But that’s for a different entry. 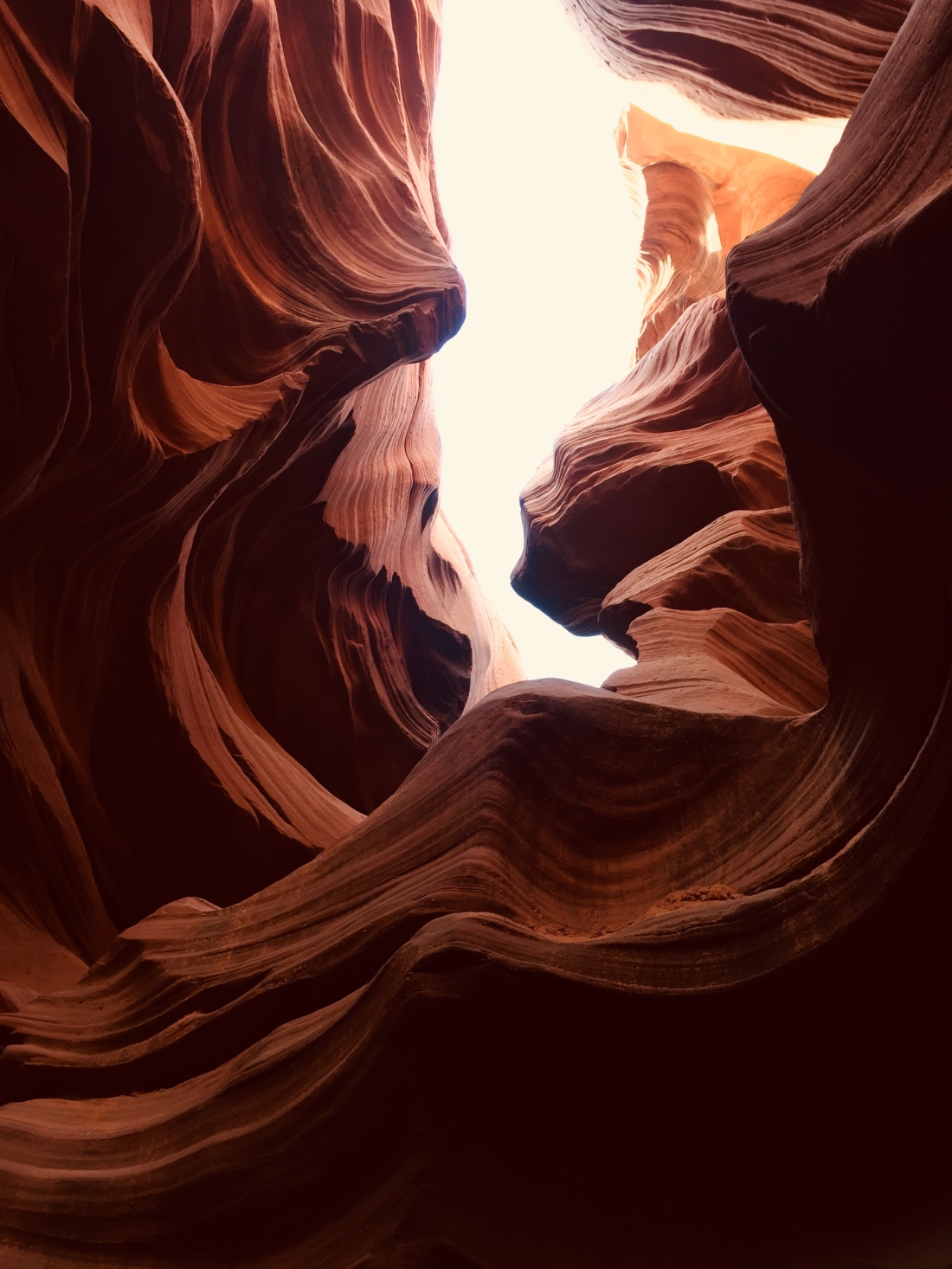 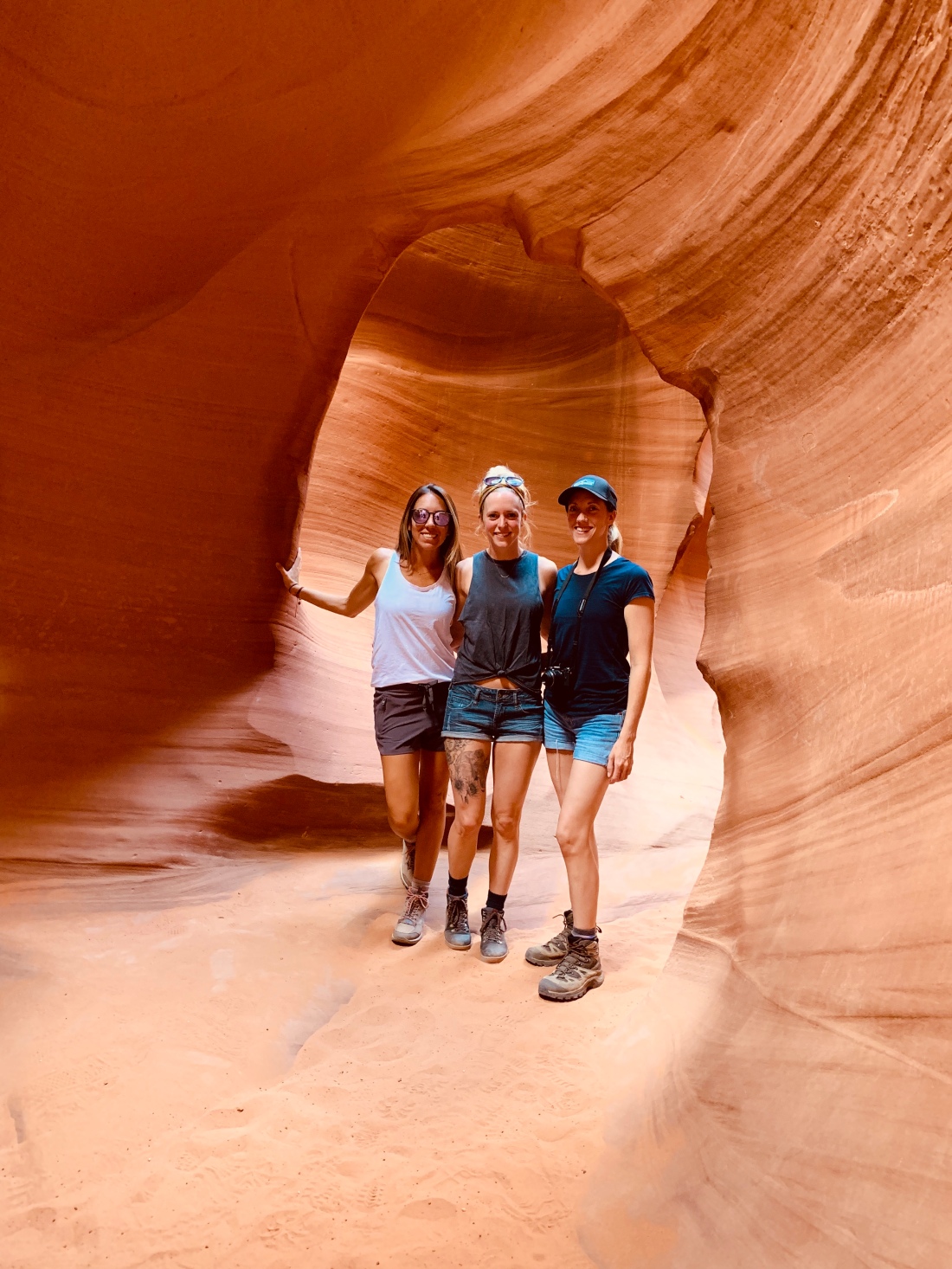 Us in the canyon 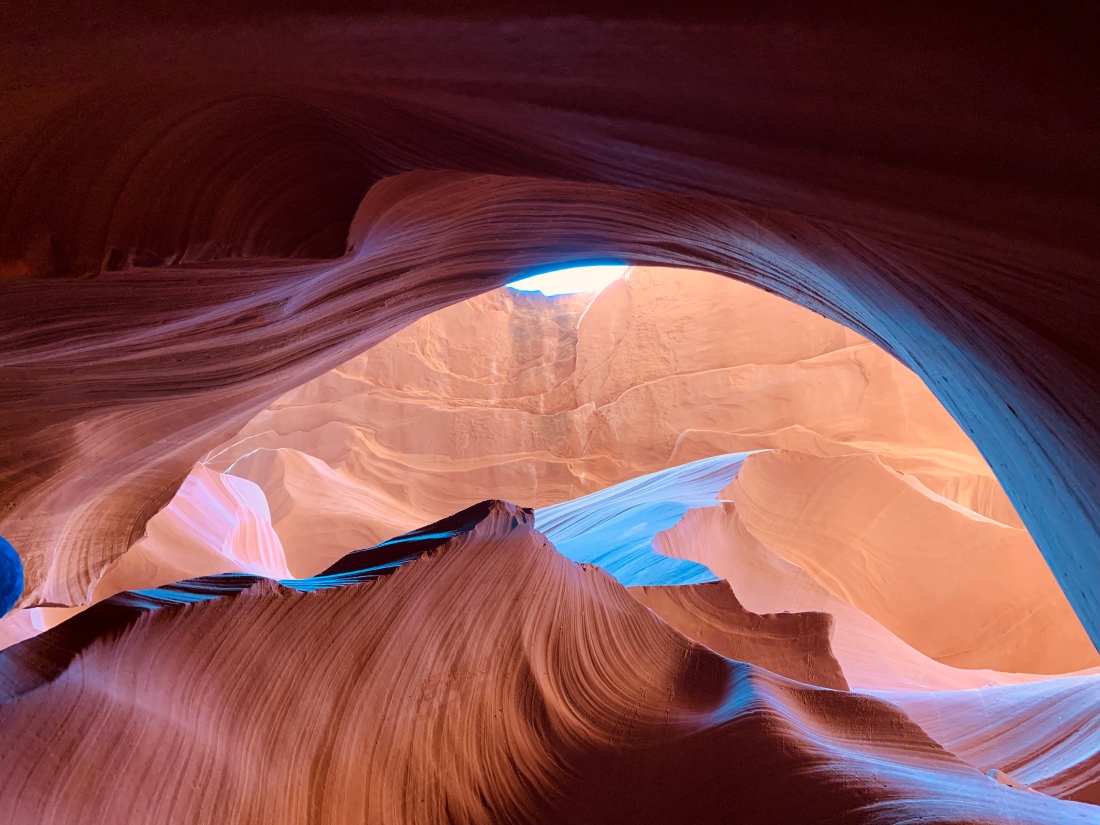 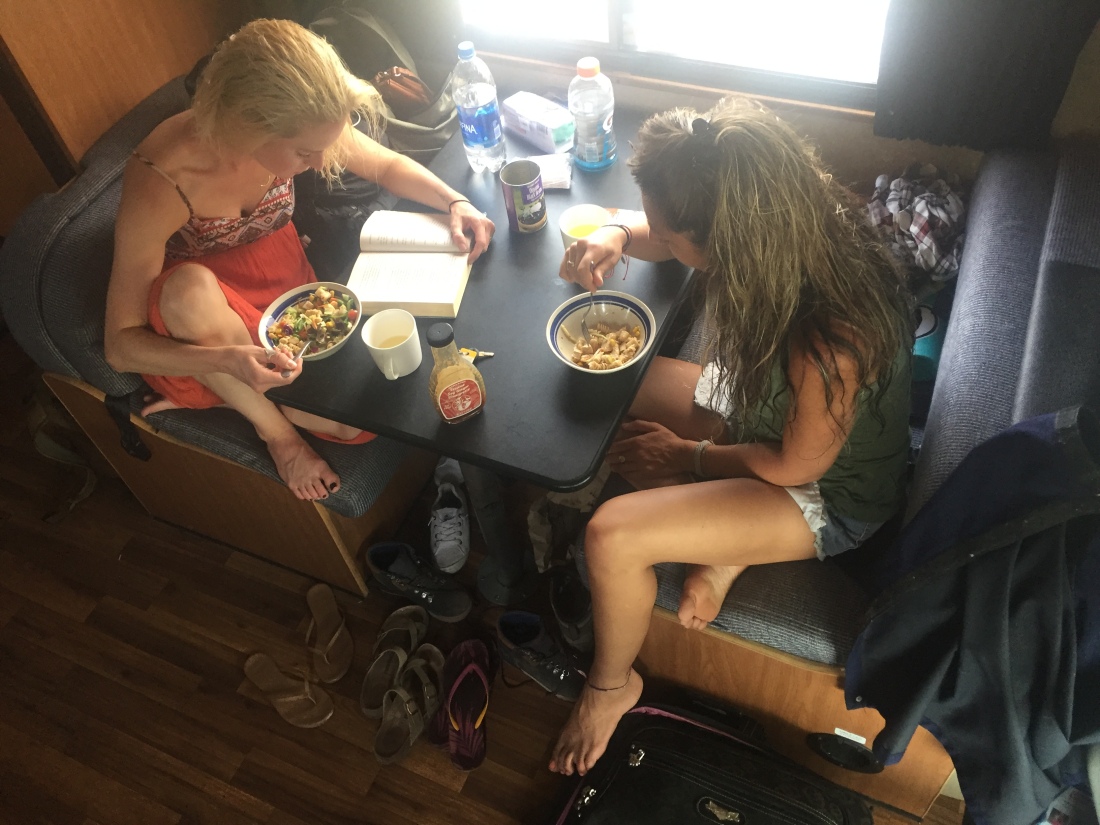 Lunch time in the RV

Wine with a view