Watching rugby makes me miss playing rugby. And up until recently, I’d only ever watched rugby on TVs at the bar during the Six Nations. But in the fall of 2019, the Rugby World Cup kicked off and we all met up to watch as many matches as we could. The great thing about it being hosted by Japan was that the games were at reasonable times here in Manila.

And then, of course, there was the fact that our October break happened to fall right in the last week of games. We all kept saying it was once-in-a-lifetime.

On the morning of the Bronze medal match, Kat, Andrea, and I woke up not on the floor of a cool, traditional Japanese inn, but in cozy beds in our cute little hotel in Tokyo. I woke up feeling crummy, and we spent a lazy morning lounging around the hotel with coffee and pastries.

It took some time to get moving. We were going to meet up with the others at a bar and then take the train to Tokyo Stadium for the match.

As we walked out of the hotel, I was still half-asleep until we crossed a street and Kat grabbed my hand.

Sure enough, the captain of the England rugby team stood on the corner ahead of us, surrounded by Japanese men taking photos. Kat somehow managed to sound cool and collected when she asked if he had a moment for one more photo, but we walked away coasting on high energy and adrenaline. 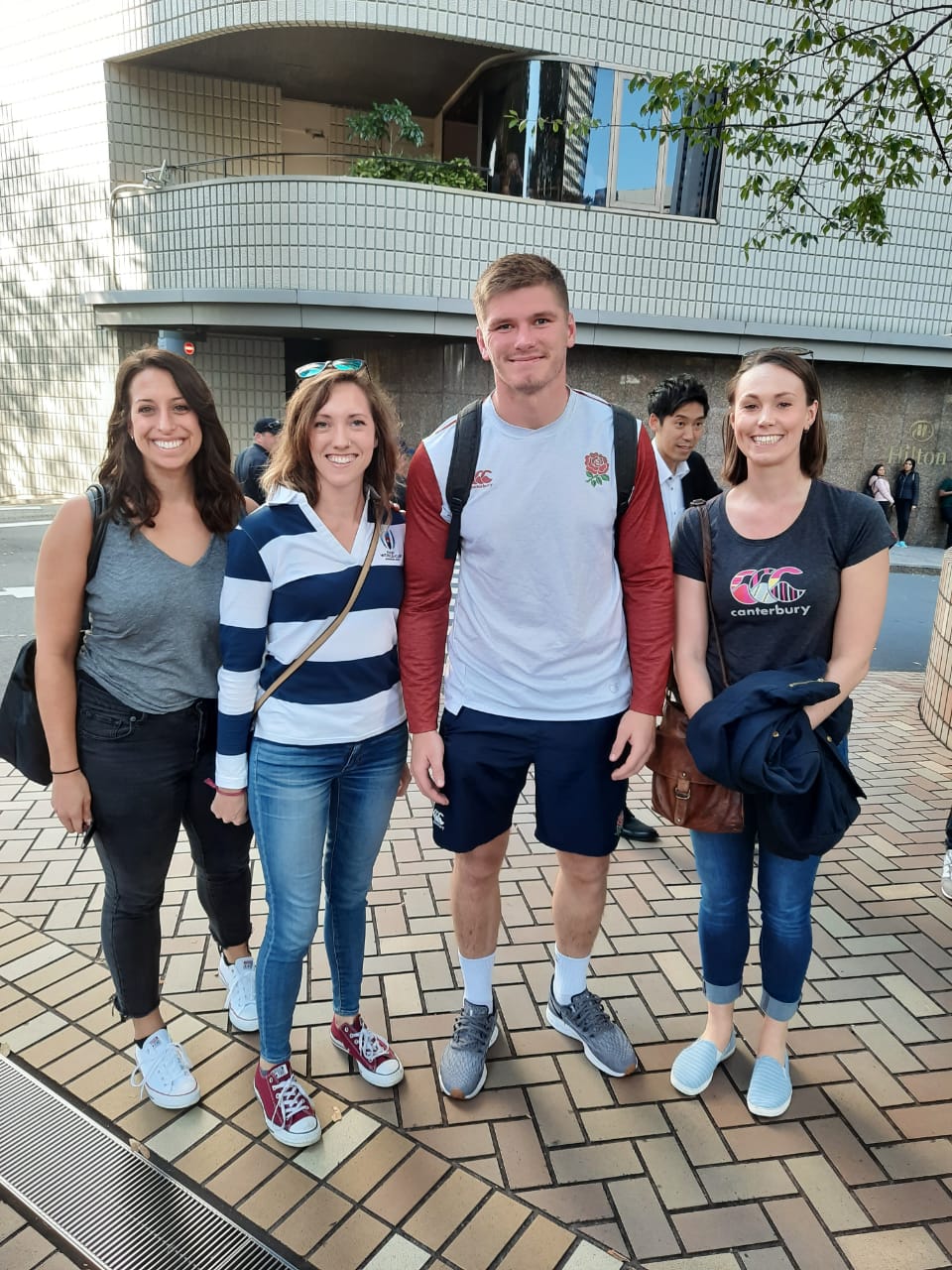 That time we met Owen Farrell the day before England played South Africa in the finals.

Beers were consumed at a corner bar under a giant Godzilla head, and then the group parted ways for lunch. Andrea, Kat, and I had fallen in love with okonomiyaki, a delicious egg dish you fry up yourself, so we went back to the restaurant we’d eaten at the night before. Nothing wrong with tried and true.

Then, we rejoined the group and descended en masse into the subway, joining the throngs of rugby fans all heading toward the Keio Line. We were herded into a car and packed in so tight I swear I was suspended a few inches off the ground. Normally I hate this sort of thing, but the energy and excitement made it bearable. 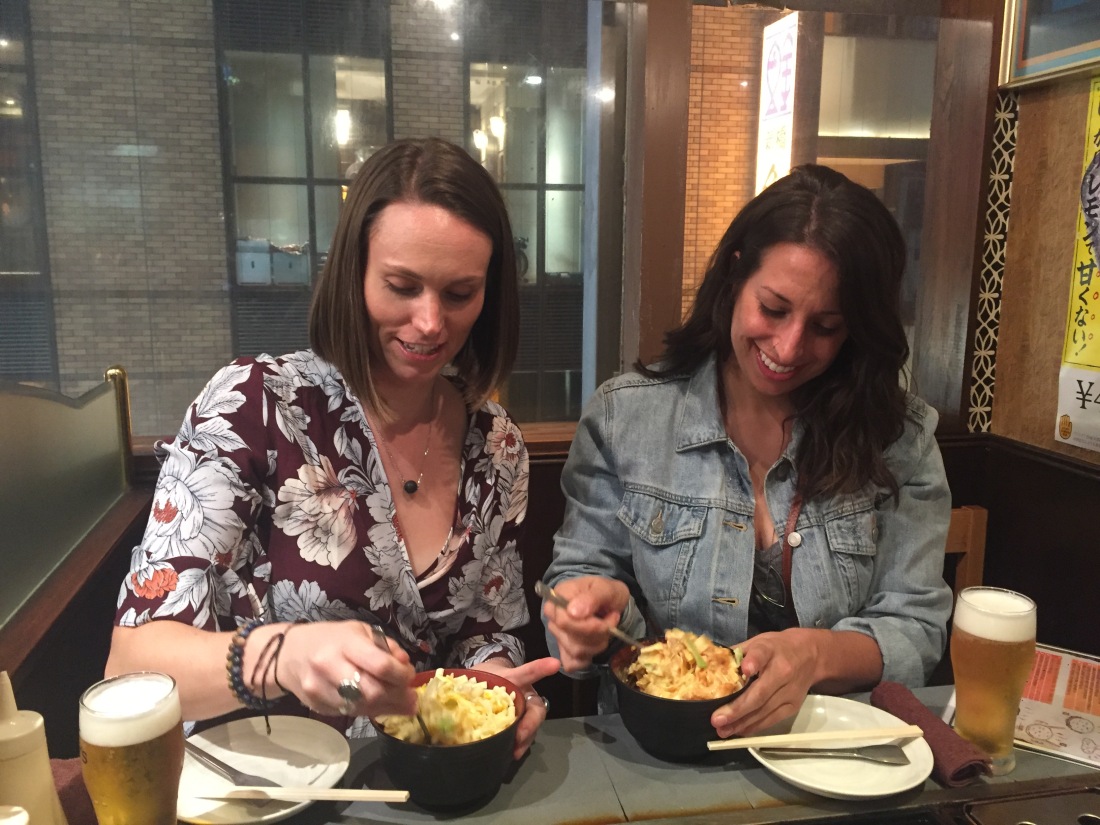 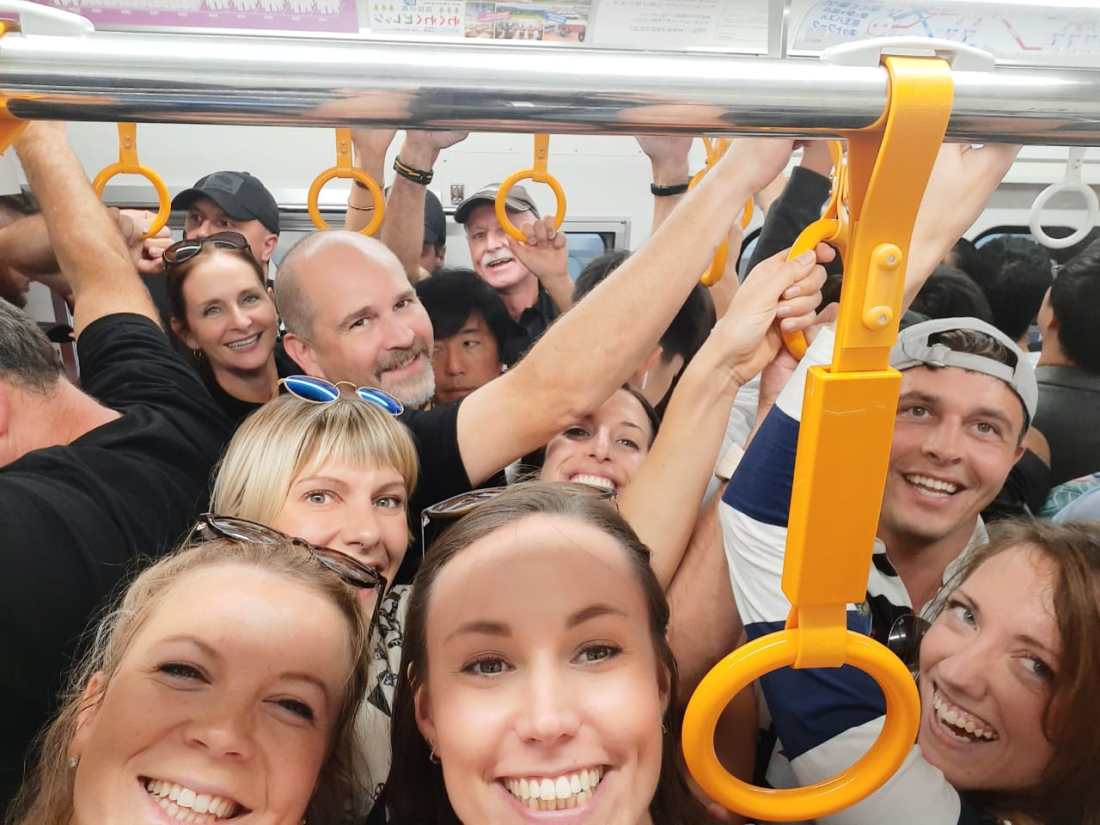 At the stadium, we purchased expensive beers and found our seats – decent spots, courtesy of Bill and the Philippine Rugby Football Union. The energy was contagious. Wales and New Zealand fans gathered in the stands with everything from flags to drums to leeks. The teams strode onto the pitch through a tunnel of Taiko drummers and pyrotechnics. The anthems were powerful. The haka – the haka! I never thought I’d get to see a haka performed live. The rugby was fierce. At one point, the Japanese Emperor and Empress showed up.

I can’t really wax poetic about sipping Heineken and watching an awesome rugby match. All I can say is that it was thrilling, electric, and it made me want to play rugby again, smashed up collarbone and all. 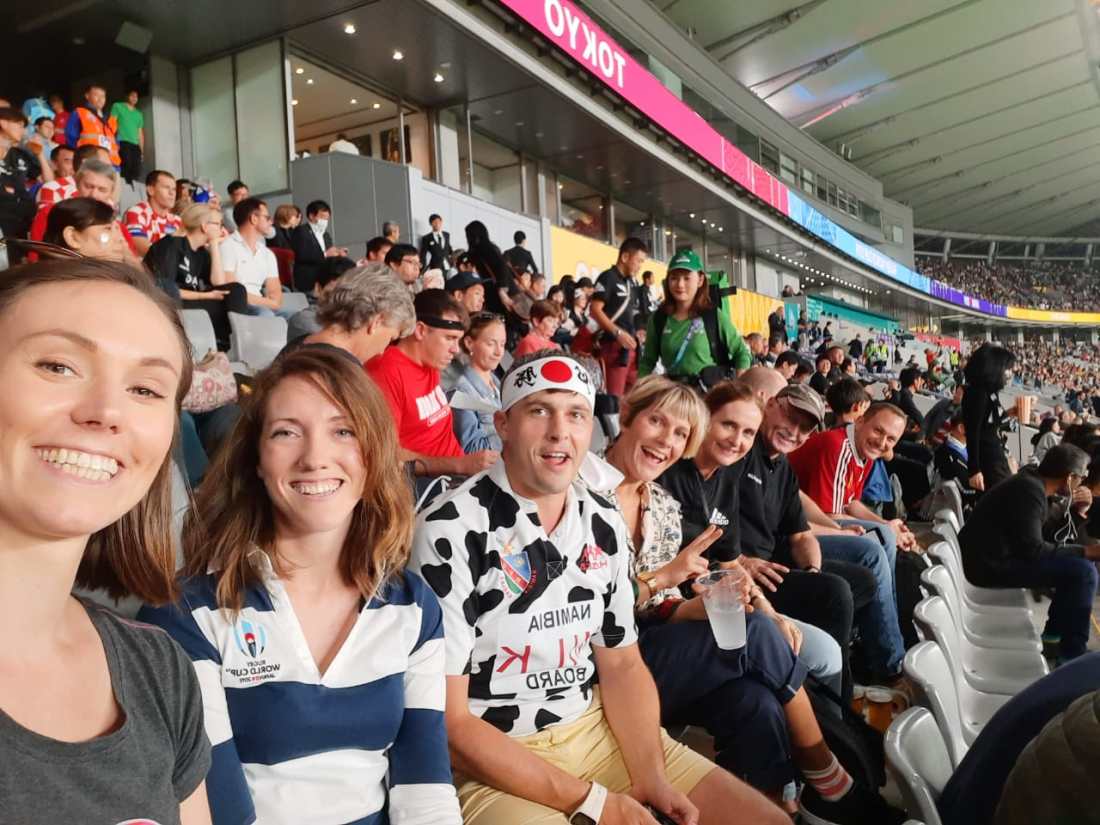