At 5:30AM, Jamie and I stood in the cold predawn rain, waiting for the FinnAir bus to take us to Vantaa for our flight to Ivalo. As we stood shivering in the drizzle, I couldn’t help but marvel at the fact that in an hour and a half, we would be in the Arctic Circle, the farthest north I – and Jamie – have ever been. Finland may be a part of Europe, but it lacks Europe’s snug patchwork of small countries: Europe is compact; Finland is long. In less than the amount of time it would take us to leave Helsinki and be deposited at the top of the globe, one could easily fly from Luxembourg to Paris, or Cairo to Beirut.

Kakslauttanen, located outside of Saariselka, is north. To give you an example, Reykjavik is the world’s northernmost capital, located in the southwest corner of Iceland, and we were well above it. Iceland barely claims a sliver of the Arctic Circle, though a ferry ride out of Akureyri can give you a brush against the 66 degree latitude. When I say we were inside the Arctic Circle, I mean we were well inside.

We boarded a tiny FinnAir flight and located our seats at the very back of the plane.

“You’re the first to land!” said a cheerful flight attendant. “The back of the plane touches down first.”

I spent much of the flight in restless anticipation – what was up there? Would it be snow-covered? Would there be arctic foxes sniffing around our porch? And most importantly – would we see the Northern Lights? This I pondered over complimentary blueberry juice while Jamie snoozed peacefully beside me.

I’m not sure I can do justice to the first glimpse of Ivalo. Picture Frozen: rolling snow banks, majestic pines kowtowing under the weight of snow, a blushing arctic sunrise. It was radiant and breathtaking. I was in love.

And Ivalo airport belonged there. Wood-paneled and twinkling with gold Christmas lights, this was more your uncle’s log estate than a place of transit. The baggage carousel paraded suitcases beneath displays of taxidermied arctic nesting birds, evergreen wreaths, mounted elk heads, and paintings of Sami people herding reindeer. If I’d been told I would have to stay there for a night, I wouldn’t complain. 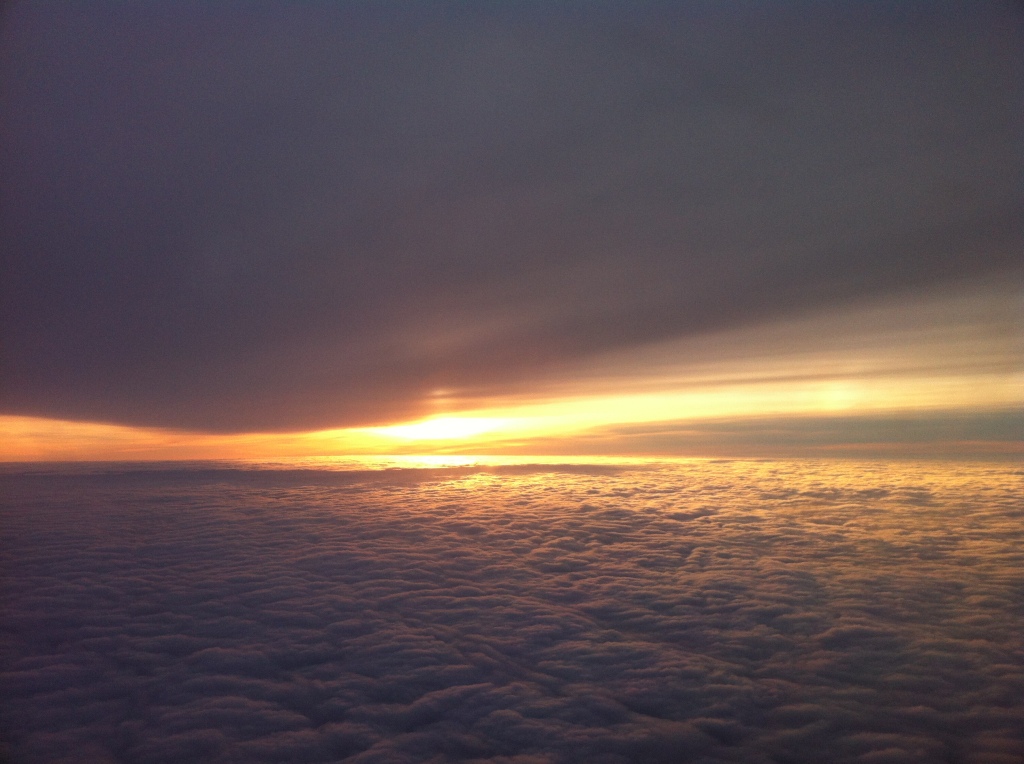 Once tucked into the shuttle and out of the -7C air, we were whisked across unblemished landscape. The longer we drove, the heavier the pine boughs slouched with snow. When the horizon wasn’t pine-lined, it blurred into a slate-colored sky. The arctic air was a visible presence in Lapland, a sleek somersaulting mist that whirled noiselessly through the bowing pines.

After touring our toasty and surprisingly spacious cabin that was to be our home for two nights, we ventured to the main lodge for ham sandwiches and Cokes – a 20 euro meal. I could feel my wallet groaning.

Fortunately, you don’t need money to get the most out of the snow. Jamie and I spent the afternoon wandering through the arctic resort, exploring the glass teepee and searching for the ice bar (closed). We happened upon a cleaning lady making her way through the igloos and sneaked inside to steal a peek. Tiny.

Feeling daring, we set off on foot to Santa’s Village, which looked much closer on the map. Our route took us along E75, a snowy main road that brought us a bit too close to large trucks whipping around the bends. Not keen to be flattened by a tractor, we turned back to build a snowman instead.

It wasn’t going well, so I didn’t feel entirely surprised when Jamie stuffed a glove-full of snow down my coat and made off toward a snowbank to lob another.

I have to be honest: choosing between a 100+ euro reindeer safari or a snowball fight with my handsome companion was a no-brainer.

We continued until we were breathless and warm despite the snow in my gloves. I asked him when he last had a snowball fight. He couldn’t remember. Neither could I. At 6, we went to dinner: smoked salmon salad, reindeer steak, chocolate mousse. Beer. We sipped a second round in the empty piano bar downstairs before strolling back to the glass igloos to see them aglow at night.

I will leave you with an excerpt from my journal because I think it better captures the happiness I felt:

“It took some time for the fire to start, but Jamie’s boy scout skills came in handy and it’s roaring now. We stopped by the shed for firewood and now, 30 minutes after I began this,  the sauna should be ready. I am going to grab some pine needle branches from outside to hit myself with in the sauna because that’s what Finns do and it’s apparently both exfoliating and earthy. It is called vihta or vasta and requires birch, not pine. I love it here. I am so happy and so peaceful.” 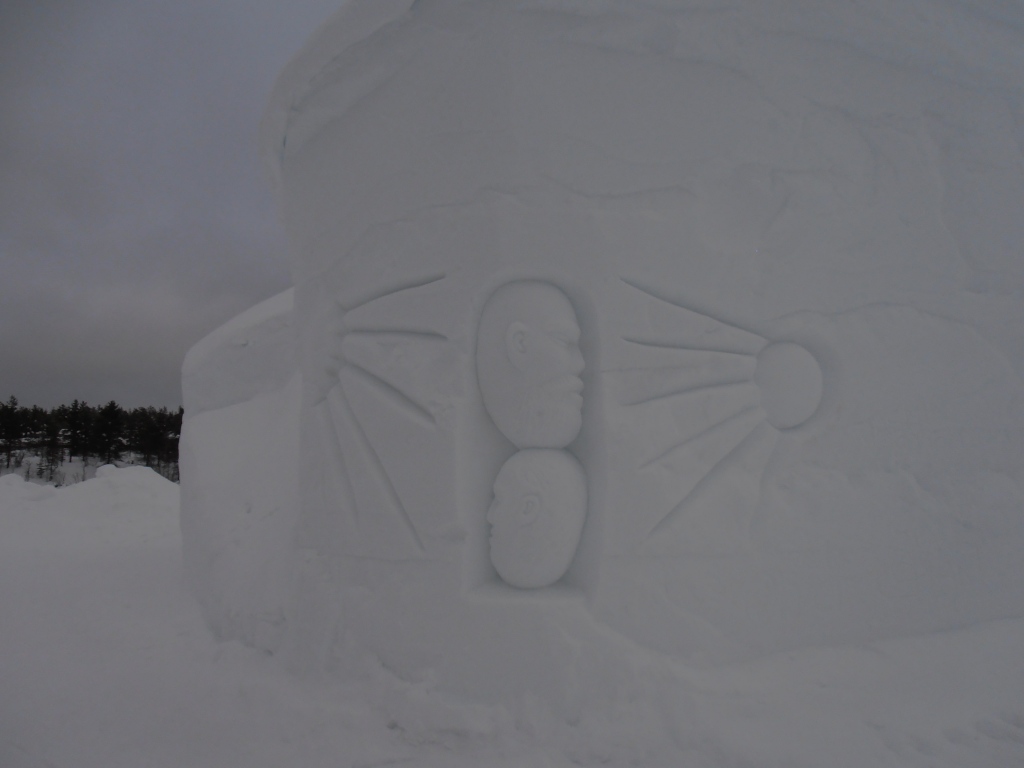 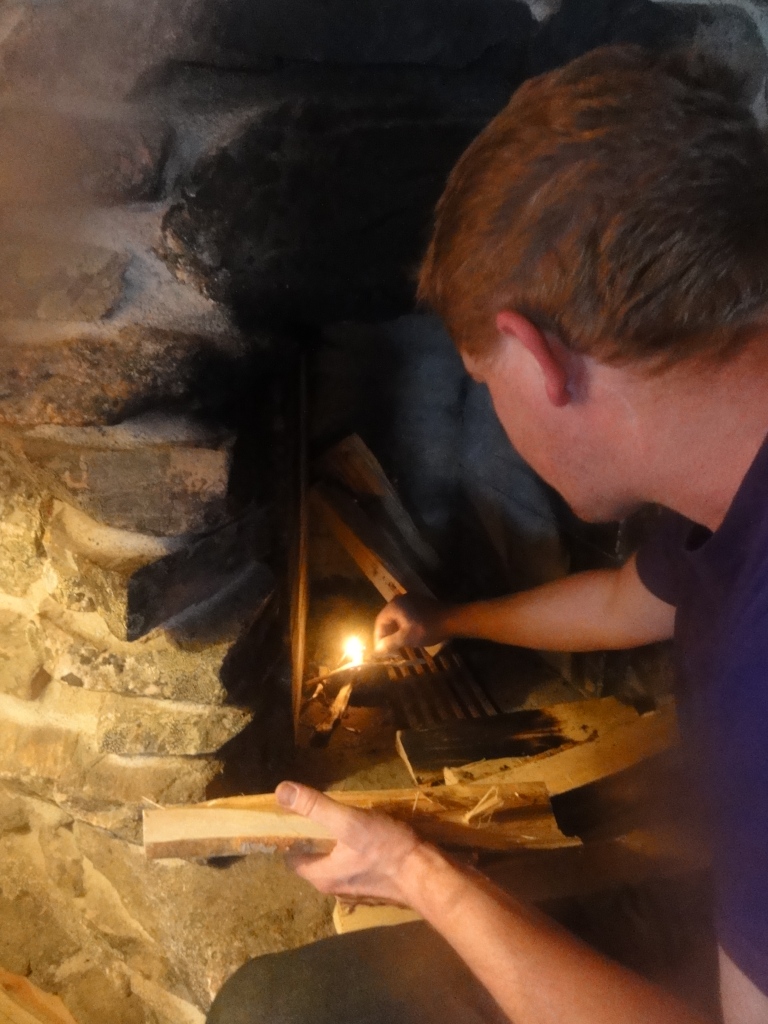 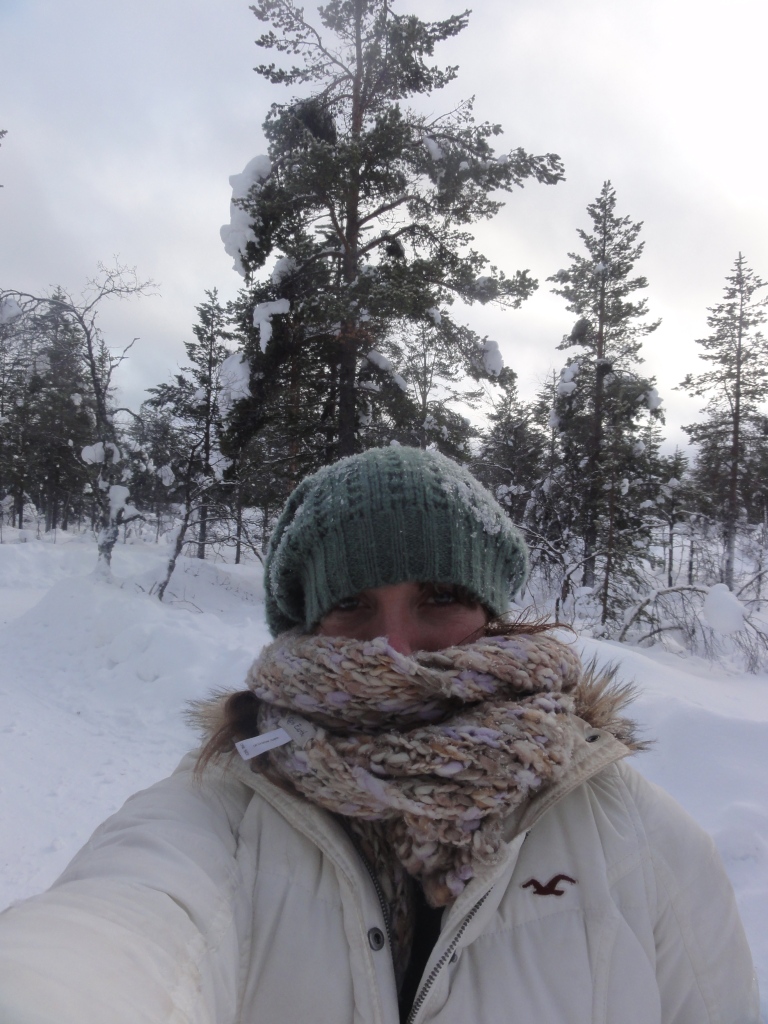