We landed in London with 22 10th graders, bleary-eyed and not so bushy-tailed, at around 11 on a Friday morning. It had been a relatively uneventful 5-hour flight from Cairo on British Airways, and the kids were in relatively high spirits. I’ll mention here that this group was very much unlike the group we took to Italy in that they were extremely polite – offering to carry suitcases, not running up and down the airplane aisles – and genuinely interested in where we were going and what we were going to do there.

It took us some time to get out of the airport – a coach snafu – but soon we were en route to Stratford-upon-Avon, conveyed by a gregarious British driver named Gary. The 2.5 hour coach journey was pleasant and perfectly suited to my purposes: whizzing along the motorway through sporadic sheets of rain, away from cramped London, the scene outside the window provided the perfect backdrop for my audiobook on Shakespeare, mentioned in my previous post. A cup of sloshing airport coffee sat snug in the cupholder in front of me. David and Trish talked Australia beside me. Life was hygge. 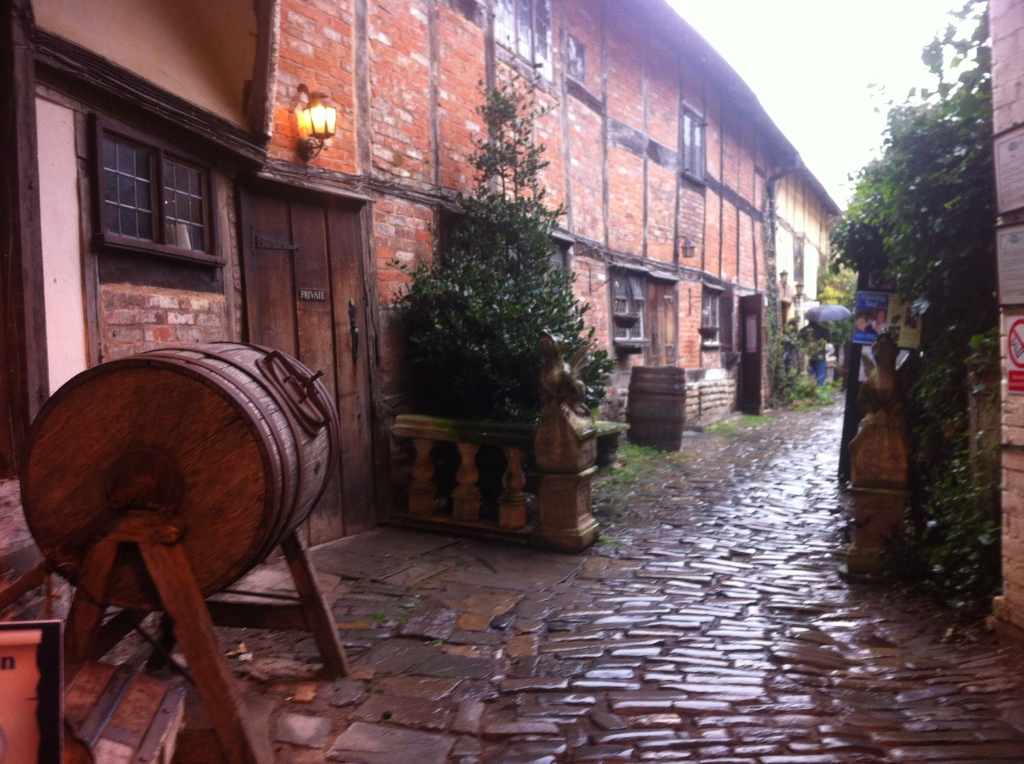 A sidestreet in Stratford on a rainy day

Stratford-upon-Avon was almost what I expected it to be, a rare occasion for an idealist with a rampant imagination such as myself. It was quaint. Its narrow roads wound alongside and over the languid river Avon, depositing us at our hotel, conveniently located across the street from a classic English pub.

If you know me, you understand that few things make England more enjoyable than a Premier Inn. I’m not sure why, really. There’s something about that sleepy purple color scheme and the fact that every room has a deep and inviting bathtub that makes me as eager for a stay at the Premier Inn as I am to see England in general.

And you can’t beat the full English breakfast.

We dropped off our bags and took the kids out into the chilly drizzle. The hotel was only a few meters away from the heart of Stratford, adorable pedestrian streets lined with aptly-named pubs and shops. Stratford has truly embraced its bard wholeheartedly, erecting restaurants named The Pen and the Parchment, The Encore, and The Bard’s Mistress, and hanging banners with his likeness from many a store awning. (But is it really his likeness? We may never know.)

One thing I love about small towns and school trips is the fact that you can send the kids for dinner on their own and limit them to one street without fearing they’ll get lost. This we did, while we ducked into the Golden Bee, a Wetherspoon’s joint that was pretty packed for Good Friday but offered decent nosh. After, we slogged on through the dreary weather to Henley Street. At this point, I was ready to curl up in bed, but as we approached the end of the street, we crossed the threshold from a town influenced by Shakespeare to a town that kept Shakespeare alive in its streets. 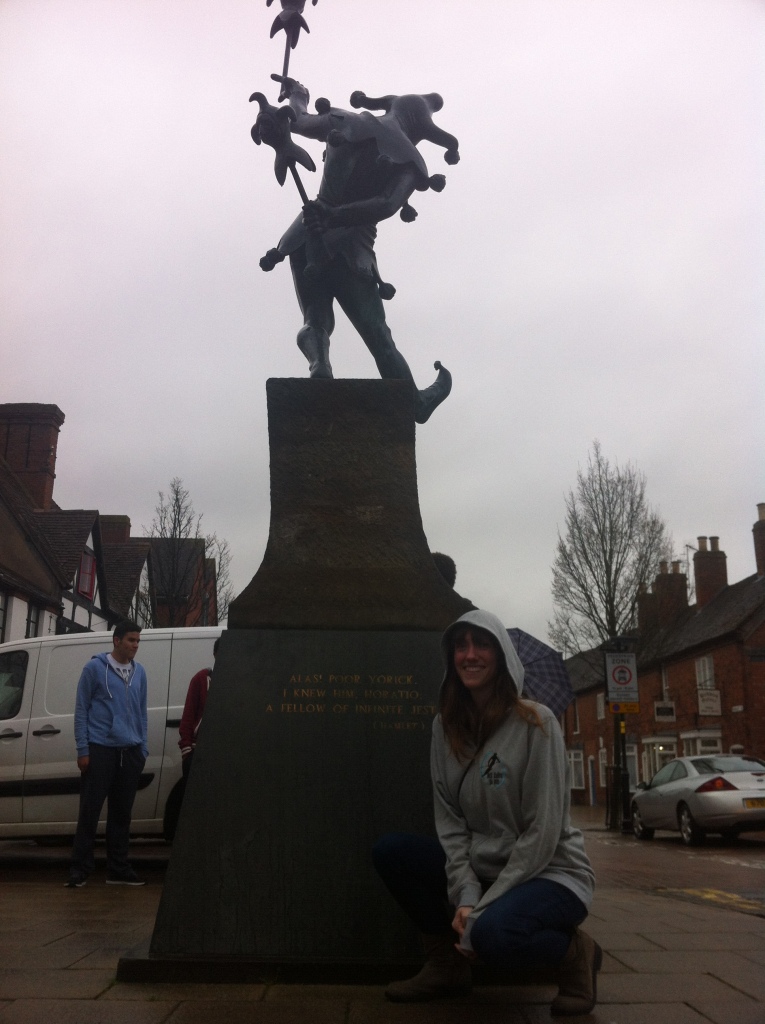 There, in a small square, stood a statue of a jester mounted on a pedestal whose base displayed four different quotes about fools from four different plays. I don’t think you can imagine my giddiness.

What’s more, the kids were excited, too. I’m not sure if it was the statue, or the fact that we allowed them to cram themselves into one of England’s iconic red phone booths, but they were in great spirits as we walked them back that night.

And, despite the excitement of the next day’s itinerary, I managed to scribble a few notes before falling into a deep and wonderful sleep in my purple and white bed, thoughts of Hamlet, Anne Hathaway, and a Premier Inn English breakfast dancing through my head.

How many 10th graders can you fit into a phone booth?