There is a brilliant poem by Lawrence Ferlinghetti that has been echoing in my brain lately, a welcome distraction from the tired talk about Trump, guns, and immigration that has chundered all over my Facebook feed. The poem, published in 1958 but undoubtedly timeless in its relevance today, hinges on its refrain of “perpetually awaiting a rebirth of wonder.”

What a weighty thing to await.

I was thinking about this idea of renaissance and if it’s possible to reinvent wonder as I headed north to Bataan last Monday with a group of 24 students and two awesome teachers, Fran and Ben. If the name Bataan sounds familiar, it’s probably because you learned about it in history; it’s the starting point of the Bataan Death March, where American and Filipino POWs were forced to march 60 miles at the end of WWII. It seemed cosmically weird to find myself unpacking in a hostel there on December 7, 2015, 74 years since Pearl Harbor.

Bataan is also known in the Philippines as a nesting ground for pawikan, or sea turtles, who haul themselves out of the sea every year to lay eggs on the beach. These turtles lay over 100 eggs each, and if you’ve watched Discovery, you know that a pretty sizable chunk of these little hatchlings don’t even make it to the sea because they’re eaten by anything from crabs to dogs to birds. And humans. Poaching is big in this region; the Pawikan Conservation Center, where we were staying, is staffed by reformed poachers who patrol the beach at night and collect eggs before the poachers can nab them. The eggs are brought back to the site’s hatchery and reburied until the hatchlings emerge and are set free.

Our job, in addition to helping out at a local school, was to help patrol the beach and release some hatchlings. Not a bad way to spend the week.

We arrived on Monday afternoon and went straight to the school for about four hours so our students could sort out their responsibilities. Afterwards, we headed back to the center for dinner and orientation, where we learned about the center and the mating habits of sea turtles, which are pretty fascinating.

Much like on land, the female turtle does all the work, which wasn’t surprising. During mating season, the male turtle will mount the female turtle for anywhere from two minutes to five days. Five days. Imagine that. You’re stuck paddling around with some freeloader on your back for five days. Apparently, it isn’t uncommon for multiple males to pile up on a female and accidentally drown her. Why the female turtle doesn’t go off and find a more suitable mate is baffling to me. I wouldn’t want to create progeny with someone who was dumb enough to drown me or took five days to do something simple like change a tire.

Anyway, if the female survives the mating process, her next job is to drag herself out of the sea and up onto the beach, where she searches for a suitable spot to make her nest, lays hundreds of steaming ping pong ball-shaped eggs, expends all of her leftover energy covering the nest and packing it down, and then drags herself back into the sea. It’s like asking a pregnant woman to climb Kilimanjaro, leave her baby there, and climb back down. All in one night.

“Do the male turtles help?” asked one adorably naive student. 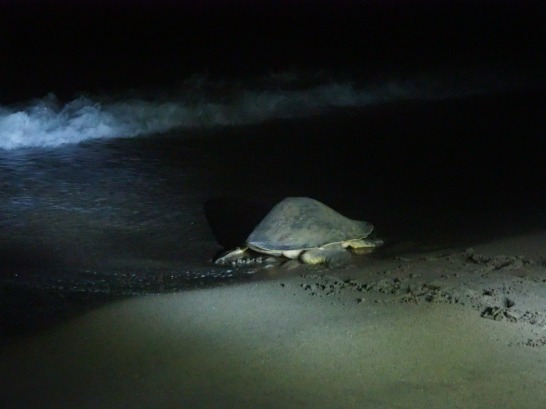 Mother turtle returning to the sea after laying eggs

Circle of life! Baby turtle hits the waves. So tiny!!

Fran and Ben had gone on the trip before and had warned me that, in the three nights spent patrolling, it was possible to see nothing at all.

“One year, we got to the nest and it had already been poached,” Ben told me. “It was kind of sad for the kids.”

“This one didn’t even make it out of his egg!” one student wailed.

When releasing the hatchlings into the sea, the students gathered around an unfortunate turtle who kept getting borne backward by the wave. We’d been instructed not to touch the turtles and to let them make their own way to the sea, but the students felt desperate to help.

“If it’s this hard for him on land, imagine how hard it will be for him in the sea,” Fran had told them. 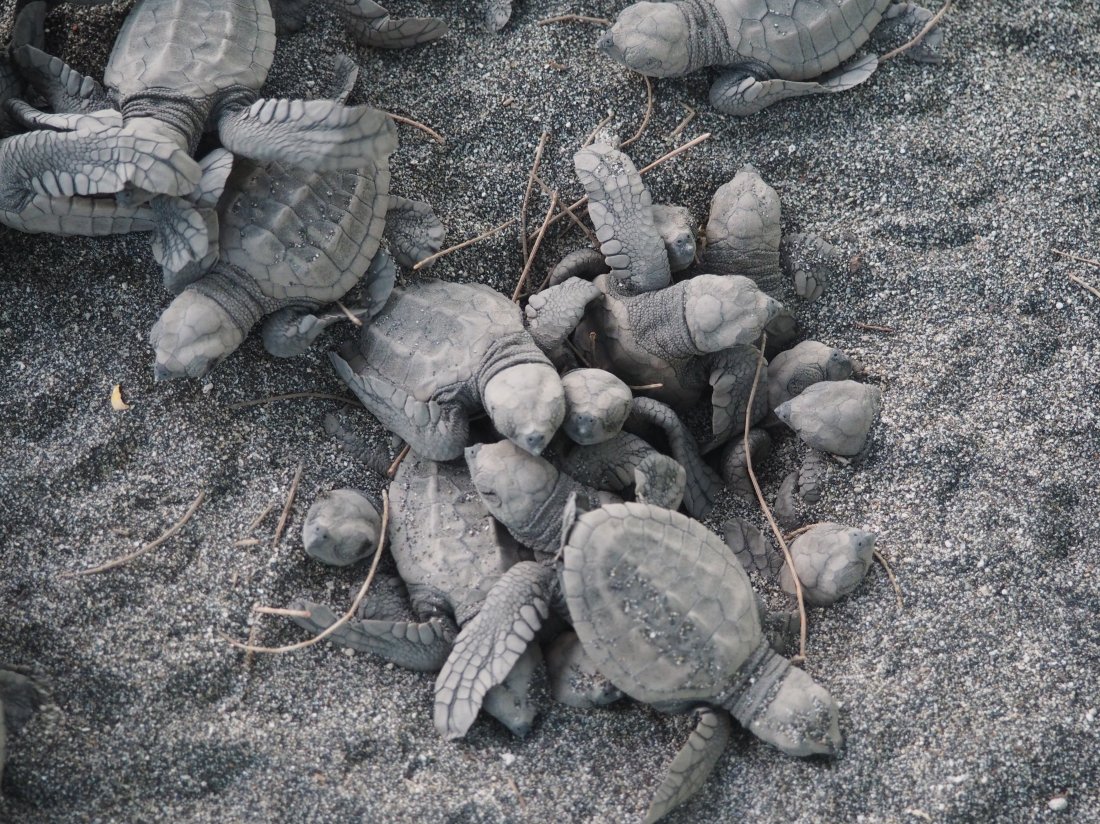 Hatchlings emerge! How quickly this would shift from adorable to disgusting if these were cockroaches in this picture!

But on our first night patrolling, a mere 100 meters or so away from the center, we were stopped by our guides. A turtle was up ahead making her nest, and we had to wait.

This was not a particularly impatient wait, because above us, the moonless sky was impossibly bright with stars. Ben pulled out his SkyWalk app and the kids took turns holding it up and finding constellations.

“Maybe we’ll get to see an ISS flyby,” he said, and I realized I hadn’t actually realized that you could spot the International Space Station, although I am sure I have seen it before but didn’t know what it was.

“It’s been up there for twelve years,” he told me, opening his email to see if it would be visible in our hemisphere tonight. “I can’t believe it’s been twelve years.”

I couldn’t believe I’d been missing out on it for twelve years.

It turned out it wouldn’t be visible in the Philippines for another few days, as it was just below the horizon. A guide approached us and said the turtle had started to lay her eggs, and we hiked up a spiky sand dune to watch. This turtle was huge, her shell glittering with sand, and the kids took turns reaching into the nest to collect her eggs as they dropped.

I realized that I had, as far as I’m aware, never seen a live birth before. This was staggering.

She finished, and began sweeping sand down to cover her nest before flattening it with her entire body. This sent vibrations through the sand and sounded a lot like a spatula whacking a particularly fluffy pancake. It continued for a good 5-10 minutes before she was breathless and satisfied.

Of course, her work was not over. She had to somehow maneuver her body back toward the sea and wriggle herself over the high clumps of sand to get down to the water. We watched her make her slow trek down the beach, where she disappeared into the comfort of a wave.

To have witnessed something this spectacular, and on our first night, was absolutely marvelous. We continued on our patrol for another 10-15 minutes where we were stopped again because another turtle had come out of the sea and was searching for a place to nest. Fran was beside herself with how lucky we were.

By now, it was nearing midnight. We’d been up for nearly 18 hours. We waited. We waited for over 30 minutes, the kids’ chatter dying down as they slowly fell asleep on the beach, bewitched by the sound of the ocean and the light of the wheeling constellations overhead. The turtle was taking too long to find a nesting place, so we did eventually leave.

But in that moment, I had my little rebirth of wonder: standing barefoot on the earth, witnessing a creature whose ancestry stretches back to the Jurassic era and knowing that somewhere below the horizon a manned space station was orbiting Earth. 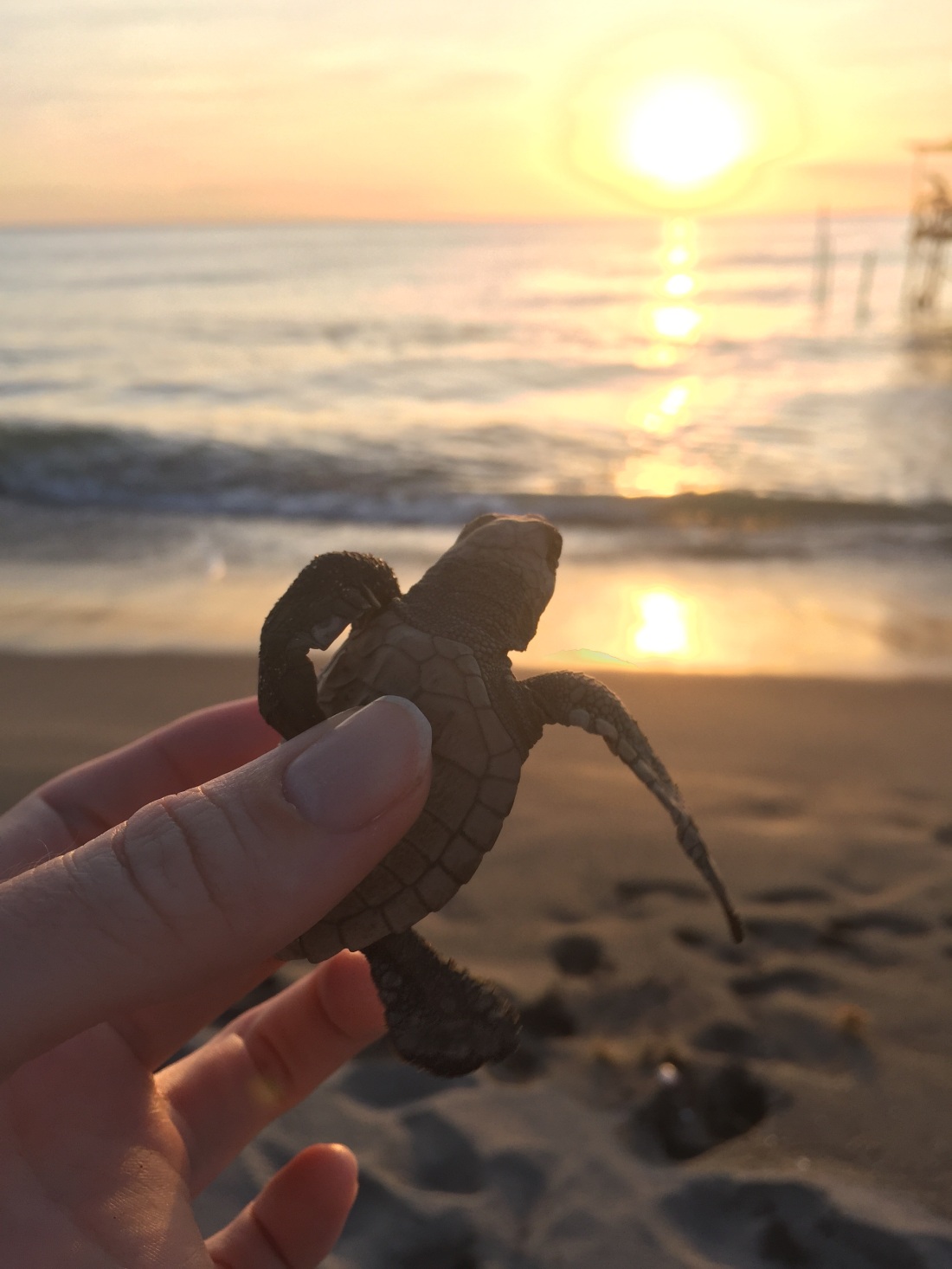 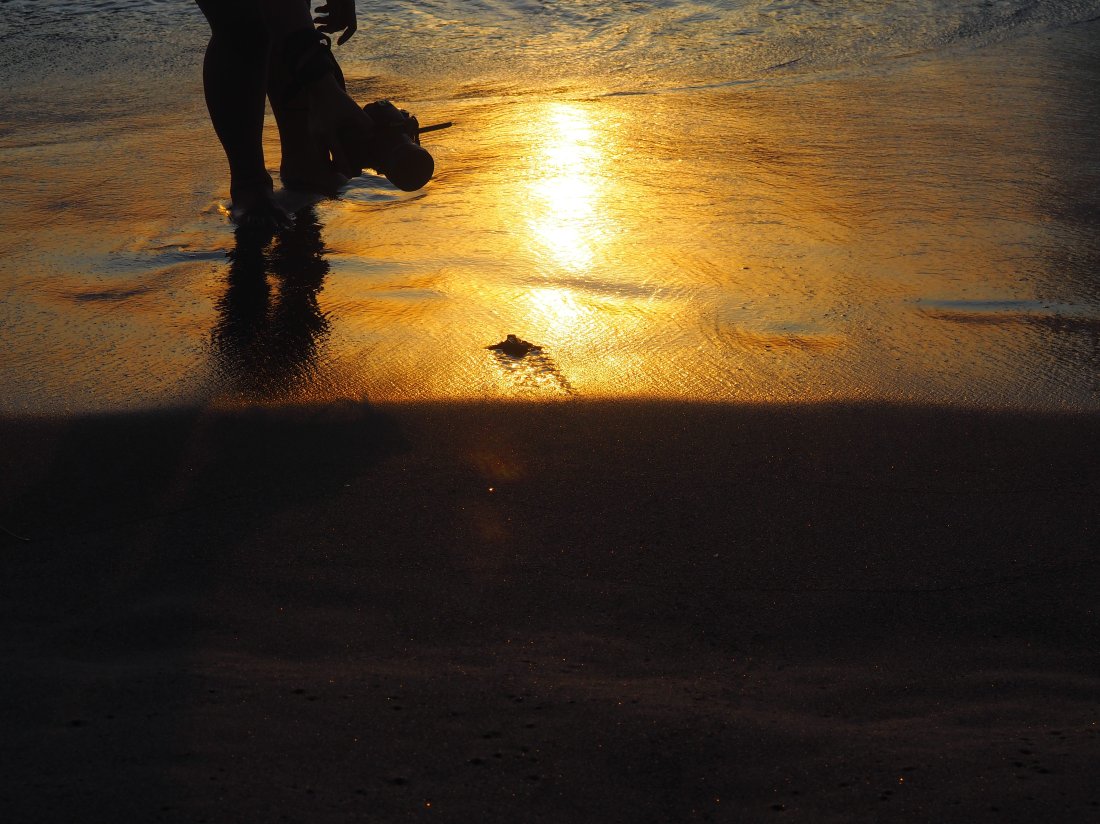